MASKED AS A TASTY TREAT, A POISON YOUR CHILDREN SHOULDN’T EAT! 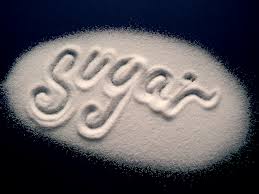 Many of today’s children are suffering from a serious problem — SUGAR! It has been reported that the average American currently ingests up to 151 pounds of sugar per year. The majority of sugar that is consumed are a type of carbohydrate commonly known as high-fructose corn syrup. Food Technology Magazine estimated that “40 percent of American one-and two- year children drink half a 12-ounce can of soda pop per day, which contain from 2 to 5 teaspoons of sugar and 25 to 50 milligrams of caffeine, which is capable of effecting the brain in developing children.” High-fructose corn syrup is not only found in soda, but also in fruit drinks, packaged desserts, candies, nutrition bars, salad dressings, yogurts, etc. It is a more prevalent in the foods that we eat than most of us are aware. In very limited amounts, refined sugar is not harmful. In mass amounts, it is virtually a poison in a child’s body.

Excess sugars can trigger an increase in blood sugar levels, initiate intense emotional highs and lows, onset diabetes, promote dental caries (an erosion of the tooth’s surface), and a myriad of other health related issues. Dr. Bernard Jensen reported that “Children studied in 3rd World countries who’s diet primarily consisted of carbohydrates have been found to be more lethargic, apathetic, and easily irritated.” We are now seeing an onset of these same presenting symptoms in children here in the United States. However in this country, the underlying cause of many of these adverse problems is the excessive amounts of sugar that our children are ingesting. As a result, children diagnosed with emotional and physiological challenges are more prevalent than ever before. This disproportionate intake of sugar is presenting itself as the debilitating (and sometimes false) symptoms of Attention Deficit Disorder, Attention Deficit Hyperactivity Disorder, Manic-Depression as well as a host of other physiological and neurological symptoms.

Fortunately, there is a resolve to this sugar epidemic! Anyone who has or works with children should significantly limit a child’s sugar intake. This can be done by monitoring food consumption and carefully reading all food labels. Children need a balance of foods rich in vitamins, minerals, and trace elements. Without this healthy food balance, their growing bodies become defiant thereby leaving them susceptible to dis-ease and serious long-term health problems. Changing foods habits can be a challenge for anyone. However, by taking a proactive approach to monitoring, working with, and modeling good nutritional habits will help children lead a more productive, healthy, balanced life.