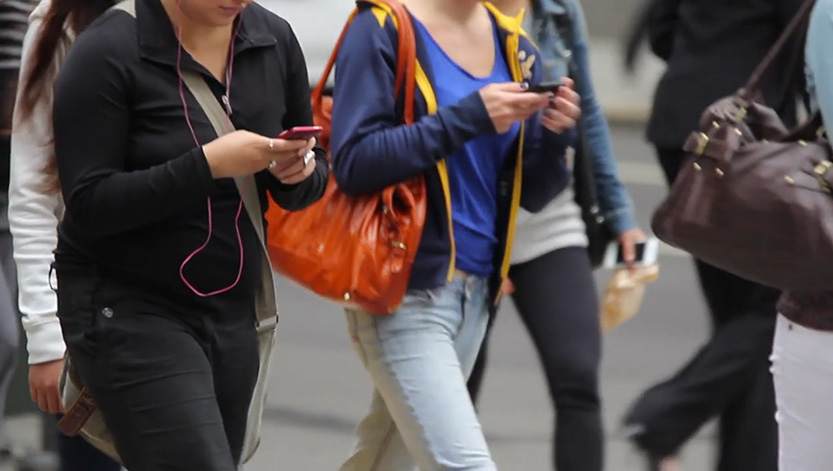 After living abroad for about the last 10 years of my life (with short stints in the States), I have come to realize that we Americans are an extremely disconnected, cautious society. To be fair, I realize that the media has perpetrated a lot of the apprehension. But in my assessment, we’ve gone beyond careful to disengaged.

Recently, I move to New York. I have been here for 3 months. While I find it an exciting city, I have also found it to be the epitome of all that is wrong with the world. My journey into this unfamiliar outlook on life started at Starbucks. As anyone who knows me can attest, I am an avid Starbucks fan. I don’t go there because I necessarily like coffee or because Starbucks does or does not represent some moral ground. I went there because as I traveled the world, it was familiar. It brought me a sense of grounding in a new, unfamiliar world. Plus, the baristas were always fabulous and friendly. I knew them. They knew my dog, my drink, and me. It was always a great way to start my day.

After a loyal customer of over 10 years, I have since quit going to Starbucks after only a few months of living in New York. Why? It wasn’t fun anymore. Here in New York, I was just a customer. No one cared who I was. When I tried to converse with the barista or cashier, I was rushed to the side to serve the next customer. There was no connection. Now granted, this decision has been good for my wallet and significantly reduced my daily sugar intake. But crappy service and disengagement made my 10 plus year daily habit a quick thing of the past.

The other thing I notice about New York (and the US in general) is that very few people look up from their phones. This makes walking my little dog, Lia like playing dodge ball with humans instead of a ball. Often times, I have to “pull over” so that poor Lia doesn’t get trampled in zombie-like, foot traffic.  This constant connection to the phone is not only dangerous for dogs, but it leaves people vulnerable to cars and less vulnerable to a personal connection. I get the attraction and excitement of getting a ping to remind you someone messaged you. But it also seems that we are deliberately shutting ourselves off from real human contact.

The thing that has really caught my attention in this city is how people interact when they are face-t-face. As many people know, I will talk to anyone. I talk to men. I talk to women. It is something I enjoy. I also find that, although a bit “old school,” it is also a brilliant way to make new friends. Just “talking” isn’t necessarily a ploy to date someone, hook up, or some other diabolical scheme. It is what I qualify as being nice and friendly. Here in New York, if there isn’t some sort of clear physical interest, the conversation takes a quick and rather rude turn. On a couple of occasions, within the first few sentences, I have been told, “So, I am not trying to date you.”  Now, the snarky, rude part of me wanted to respond, “ Dude, you’re 5’5. I could use you as a bar table and set my drink on your head. Just trying this new thing called, “Being nice.’”  But then there is another part of me that wonders how simple pleasantries have become the inroads to “I want to date you.”  I can only wonder when and how our world became so cynical and mistrusting of the words “Hello, How are you today?”

The other thing I find about living in this city is that people don’t have time for other people. It seems like everything from exercise to work is on a planned schedule, which leaves very little time for joy and spontaneity. The focus on making money, talking about money, being seen, and a significant social media following but not being connected to each other is disheartening at best. It’s no wonder we have a president completely disconnected from reality. He seems to be a mirror for a lot that is happening in our society.

All that said, I realize that life back in the US is going to take some time to get used to. But honestly, I am not sure I want to fit into this disconnected world. Frankly, I like people and it’s people (and my dog) who have given me the greatest joys in my life. From my perspective, this new way of navigating the world is sad, lonely, and detached. People seem to care more about the perfect selfie, their phones, and work than the people around them. But I am optimistic that there are others like me who not only feel the same but also embrace and enjoy the nuances and all the great people that New York and the world has to offer. But you won’t see any of it unless you stay connected to yourself and the world around you.